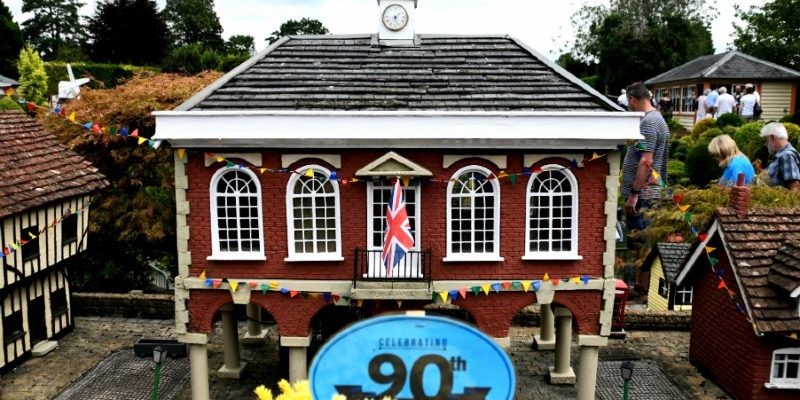 What an amazing day and a fitting celebration to commemorate the 90th anniversary of Bekonscot Model Village and Railway.
On Saturday 3rd August, approximately 80 invited guests saw the unveiling of a commemorative plaque by the Mayor of Beaconsfield, Cllr Alex Dunlop, and enjoyed a reception where Cllr Dunlop also cut our birthday cake.

In the village itself we welcomed more than 1400 visitors to enjoy our 1930s themed event. A selection of traditional fairground games provided plenty of fun and competitive banter for families whilst our historical re-enactors shared their knowledge of the era by inviting visitors to join them for an authentic picnic with children’s games.

Beaconsfield WI, also celebrating their 90th anniversary this year, kept people entertained with their WI hints and tips and a delicious selection of traditional biscuits. In Mrs Callingham’s tearoom, afternoon tea was served throughout the day and everyone’s favourite clown, Professor Crump, kept children (and adults) captivated with his antics.

The Model Village and railway looked resplendent with some of our oldest locos, GK Chesterton and Brighton being run for the first time since their refurbishments. Adorned with special 90th anniversary livery they really were the stars of the show.

We would like to extend a massive thank you to everyone who made the day such a huge success. Tilly’s Garden Traditional Games, Beaconsfield WI, The Beaconsfield Arts Society, Time will Tell Theatre, Professor Crump and of course all the staff of Bekonscot Model Village. Planning starts now for our 100th! 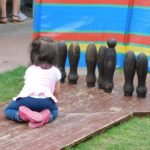 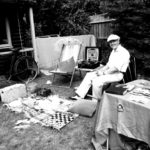 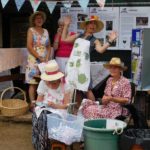 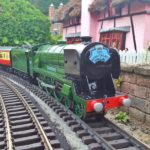